a picture from 'One thousand and one nights' 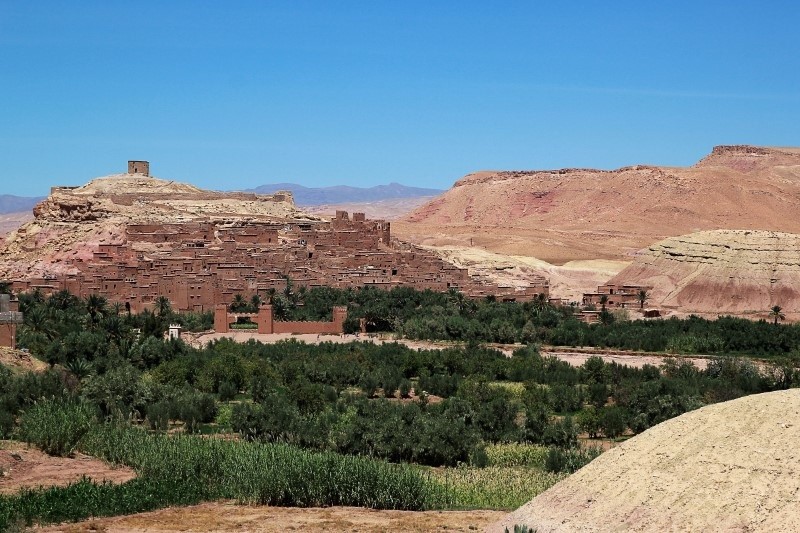 Aït Ben-HaddouIt was a 5 hour drive from Marrakech [Marrakech-travel-guide-1082075] to Aït Ben-haddou with some photostops on the way. We are really inthe land of the thousand kasbahs, the most beautiful little villages almost blend into the surroundings. We stopped just outside the new town of Aït Ben-Haddou at a spot where we had a nice view on the old Ksar. When we arrived at our Hotel we found out the last stop wasn't really necessary since we had a beautiful view from the hotel pool area. Our hotel is called la Kasbah so maybe the name should have given us a hint. Some of our group go and change into their bathing suits, not me, I think 2 hours is too little time for the hussle. We only have 2 hours before we have to get ready for the tour in the Ksar, the old town so I choose for just chilling by the poolside, enjoying the view and trying to post the picture from 'One thousand and one nights' on my facebook page, which didn't work by the way. 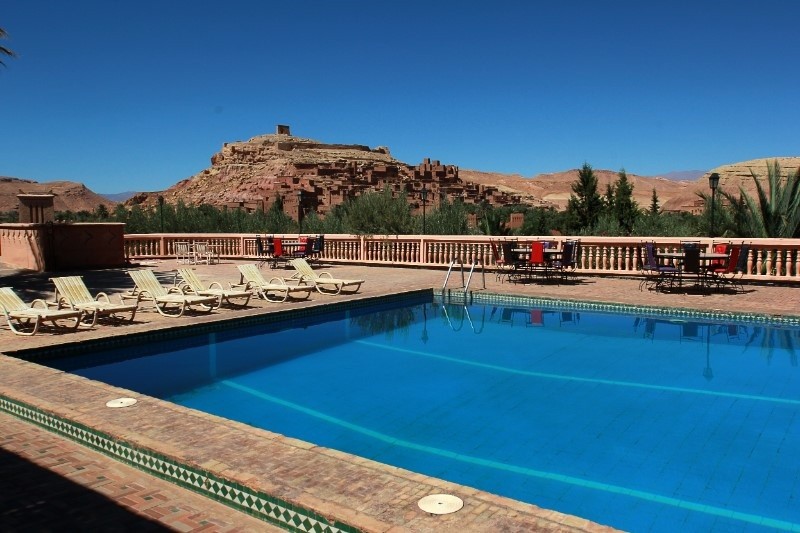 For the tour of the Ksar we gathered at the riverside were our local guide was waiting for us. There's no water in the river today so we don't have to use the stepstones or the modern bridge. The guide tells us a bit about the Ksar, the people who used to live there and are now living in the new village across the river. He also points out the archways specially built for the movies, one for 'Lawrence of Arabia' the other for 'Jewel of the Nile', I'm not sure if that's correct though, couldn't find anything on the internet about that, maybe he just meant they were in the movies (maybe other TB-ers know more about that? Please tell me!) I did find some pictures of 'games of Thrones' at Aït Ben-Haddou, they pimped th Ksar up a bit but it's clearly recognizable.

Inside the Ksar a labyrinth of small alleys, we first proceed to the top of the hill for the great view at the fortress on the top. 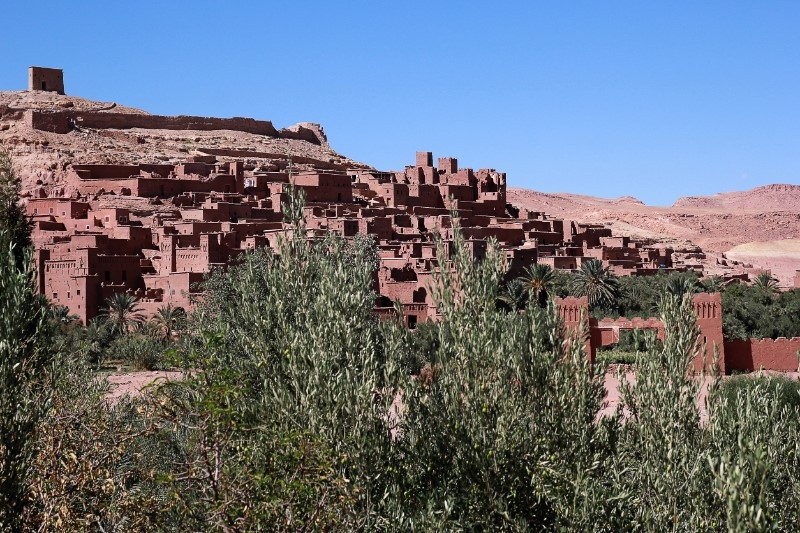 On our way down from the top we visit one of the houses. Most are abandoned but we were told that there are still some families living inside the Ksar. After the tour we cross the bridge to the new town where we decide to have dinner a bit earlier than planned so we have the evening off.