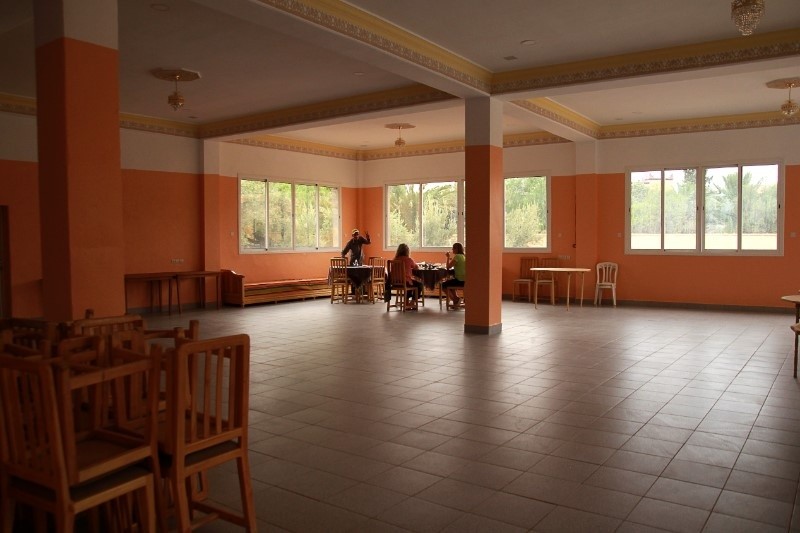 Freshly showered, no longer smelling like camel we set off to Tinerhir [Tinerhir-travel-guide-1310257]. Our itinerary said our next hotel was situated between the walls of the Gorge du Todra so we were quite disappointed to find our hotel being in the town of Tinerhir about 15 km from the Gorge. That means taking the bus to go to the Gorge and sticking to a schedule again instead of doing a bit hiking in the area around the Gorge, bummer!

We are the only guests in the hotel and still they managed to give us a room with a defect toilet. The manager apologizes plenty and we were given another room immediately. Dinner is in the town centre a bit of a walk along a not very attractive main street. 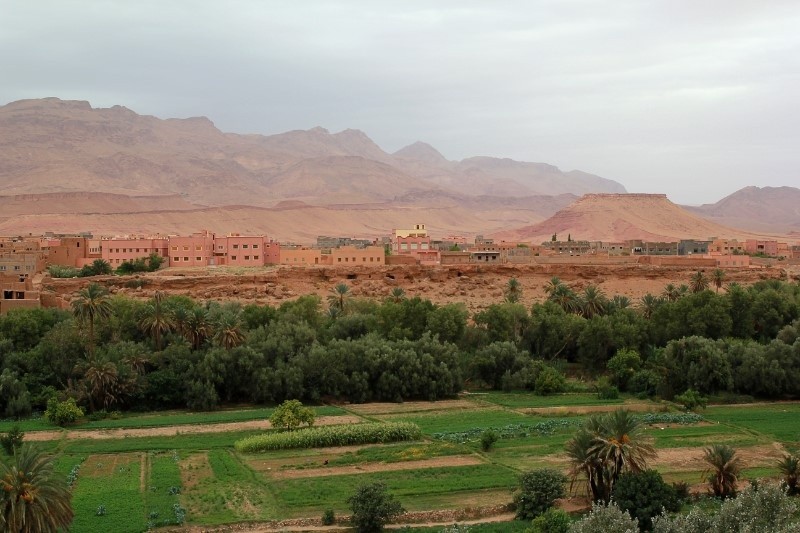 The restaurant our guide found us was not great either, we had to wait a long time to get the wrong orders and the lamb was burned. Is everything going downhill from here?

Next morning we went to visit the Gorge. One of the guys in our group wasn't feeling well but he didn't want to miss the gorge and our guide said it would be possible to get a taxi to go back if it didn't work so he decided to join us. We got off the bus near the gorge and started walking, not even in the gorge Cynthia stumbled and twisted her knee but she was determined to walk the gorge. There's a road running though the gorge, another little disappointing thing. We all didn't expected cars to be passing through the gorge, gone is the magic! Other than that the gorge is pretty impressive, high walls in coloured rock. 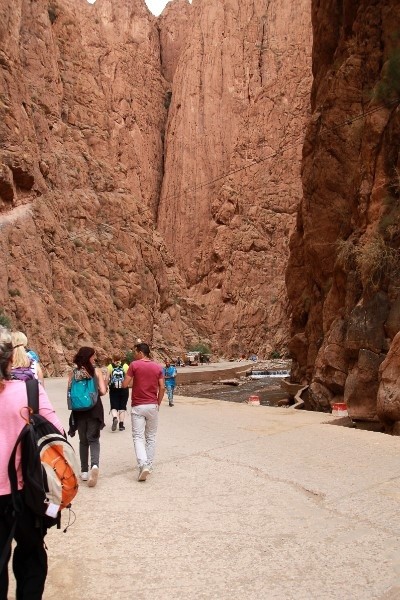 We also discovered the apparent reason for us staying in the hotel in Tinerhir, there are hotels inside the gorge but one of them had been damaged by a rock slide.

We did get some time (2 hours) to go and check out the area by ourselves. Not enough time for a real hike but I did start to walk along the river to see what's behind the curve. I walked for about 45 minutes along the river and then started to get on my way back. There was a part where I had to jump from rock to rock to pass a more narrow part so I decided to get up to the road and walk a bit on the roadside and then go down to the river again where there's more of a path. As I was walking along the road I saw a person in the distance waving, o, that's the guide waving at me to come back. I really thought he said two hours (?) So I kept walking on the road since that's the faster route. 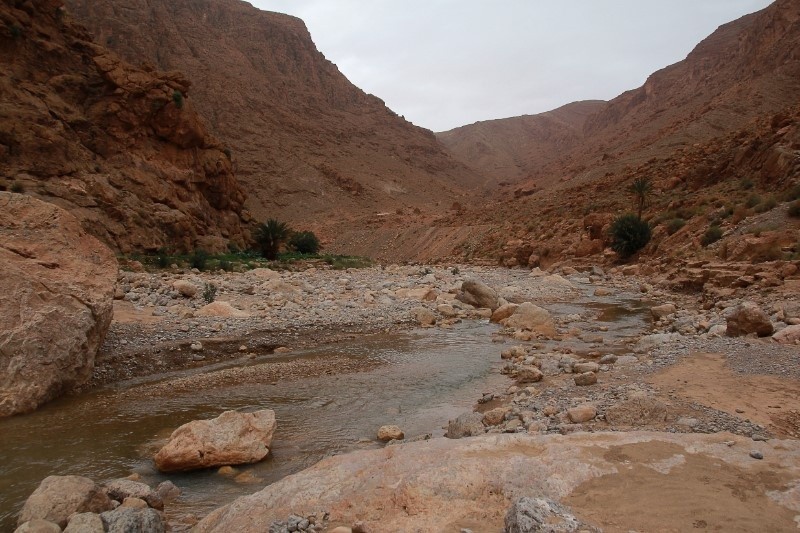 The others were already at the restaurant for the lunch and no one complained I was late so it must have been fine with them.

After lunch most of us wanted to do the walk through the fields except for Marijn (feeling sick) and Cynthia (knee hurts) so we get a taxi right? Now our guide says it's difficult to get a taxi from the gorge. We all heard him say no problem this morning and we made that clear to him. He did manage to arrange a lift (not an official taxi) for the two and the rest of us started walking.

We crossed the river where some women were doing laundry, then up to the kasbah for a quick look around and then through the fields along the river. 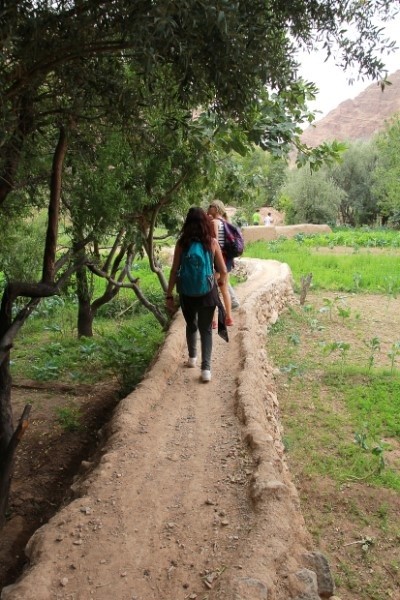 Our guide explains some about the crops and I get the idea he calls everything he doesn't know animal food, or maybe it really is animal food, what do I know? We see all kinds of fruits and vegetables, one in our group picked a pomegranate but threw it away a bit later as she discovered it was invested with ants, local wildlife. A farmer shouted at us because he thought we were taking his picture, our guide shouted something back at him which solved the case, or at least he turned and walked away. The fields are situated some meters above river level and close to the edge the ground shows cracks and some parts already plunged into the river. A bit scary to walk there but we had to on one part of the trip. We see the ingenious watering system (aqueduct if you will) crossing the river, it's easier to get the water from a higher level than from the river below. After a two hours walk we cross the river by a unfinished bridge and on the other side our bus is waiting for us