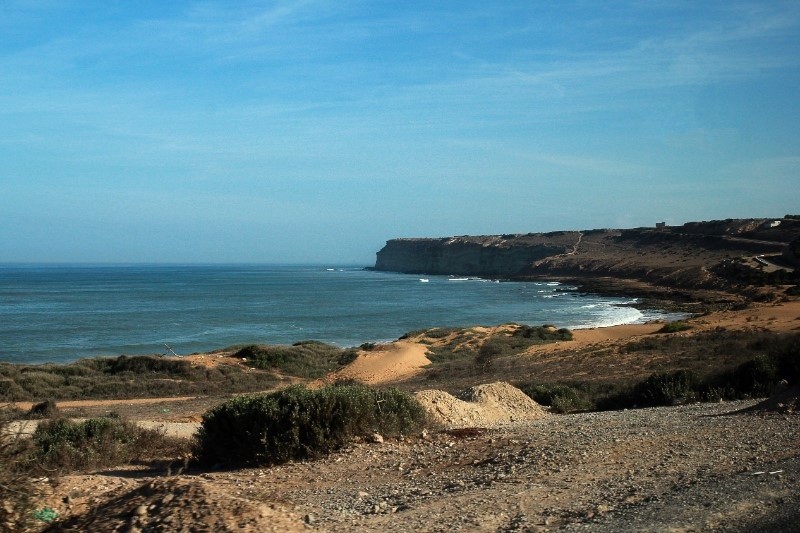 This is our last day in Morocco, we leave the pittoresque town of Essaouira [Essaouira-travel-guide-1079514] behind to go to the big city of Casablanca [Casablanca-travel-guide-1076970]. A 4,5 hours drive. Most of us are tired of these long drives so it's mostly reading a book or trying to get some sleep, not very exciting at all.

Due to the festival a lot of stores and restaurants are still closed so at lunch time we had to drive around a bit until we found somethng. A fast food fish restaurant, nothing like the places we've eaten the rest of our time in Morocco. Our driver didn't think it was suitable and wanted to go look for someplace else but hey, we're hungry and we don't care the cheap plastic seats! So fast food fish it was! The owner didn't know what happened to him, stress, too many people, some of the orders got mixed up, I had to point out they gave me too much change, but it all turned out alright. 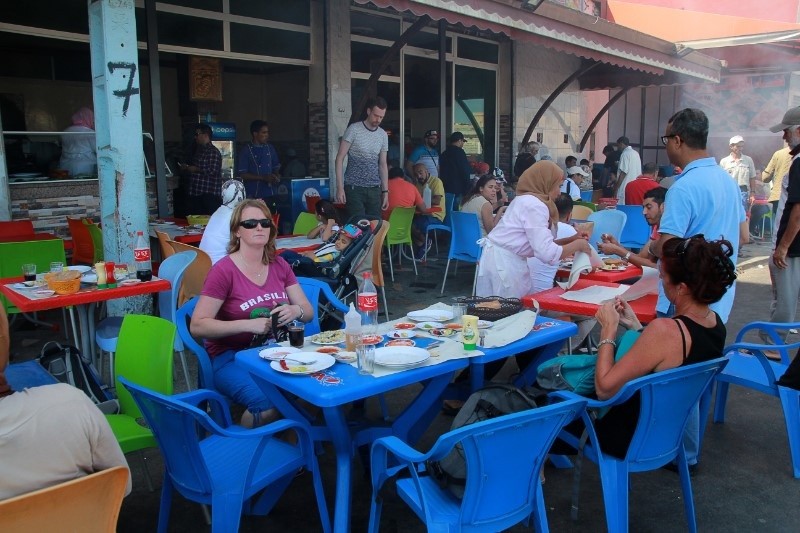 We arrived in Casablanca late midday and first visited the Hassan II mosque. We weren't allowed to take a look inside, there are tours but they are early morning so we had to do with 'only' the exterior. The building is huge! You can see it from far but somehow it doesn't look that big from a distance. But if you get close you'll find it's really really big!The square in front is also huge and at special occasions this also fills up with people joining the holy service, that's a lot of people! But today only a couple of nosy tourists.

We walk around for about half an hour, being amazed. Then it's back in the bus, on to the hotel. In the afternoon some of our group go for some last minute souvenir shopping, not me. The ones left behind (including me) go for a small walk and a tea on a terrace, and we have dinner in the hotel restaurant. 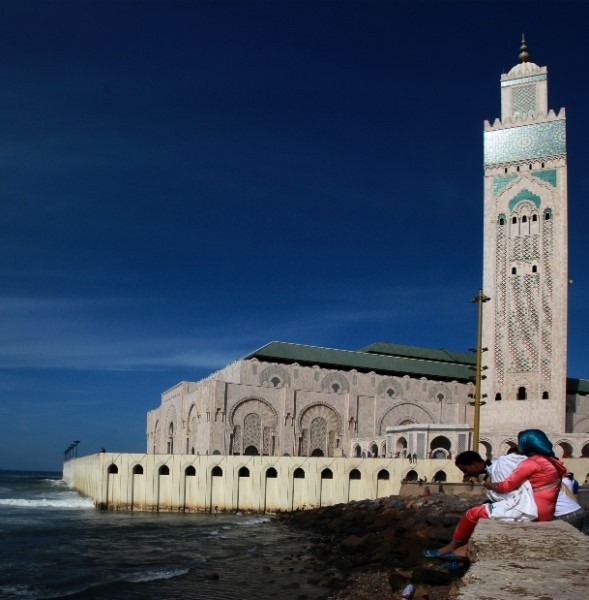 The next morning my roommate gets up early, I think. It turns out my phone has the wrong time for Casablanca (thanks Samsung!) Here we have another reason for sharing a room! I just got up, took a shower and almost forgot about it until we were waiting to go to the airport. Ilona was late, turned out she also has a Samsung phone and it also gave the wrong time. Mohammed went and knocked on her door and she hurried to get in to the bus. Turned out we still had some time to spare so nothings lost. 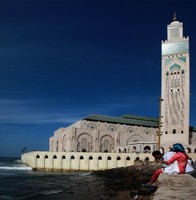